On our final day touring Panama we started with a briefing at the Panama Canal Training Center. This location was formerly the Balboa High School and the site of the 1964 Panama Conflict that involved high school students rioting after their request to fly the Panamanian flag alongside the American flag was denied. During the riot with Canal Zone Police, the Panamanian flag was ripped and the riot resulted in 21 Panamanian and 4 U.S. soldier deaths. This event was considered influential in the 1977 treaty talks that gradually handed the canal over to Panama from U.S. control on December 31, 1999. An eternal flame glows at the entrance of the building memorialize the students who were killed that day. 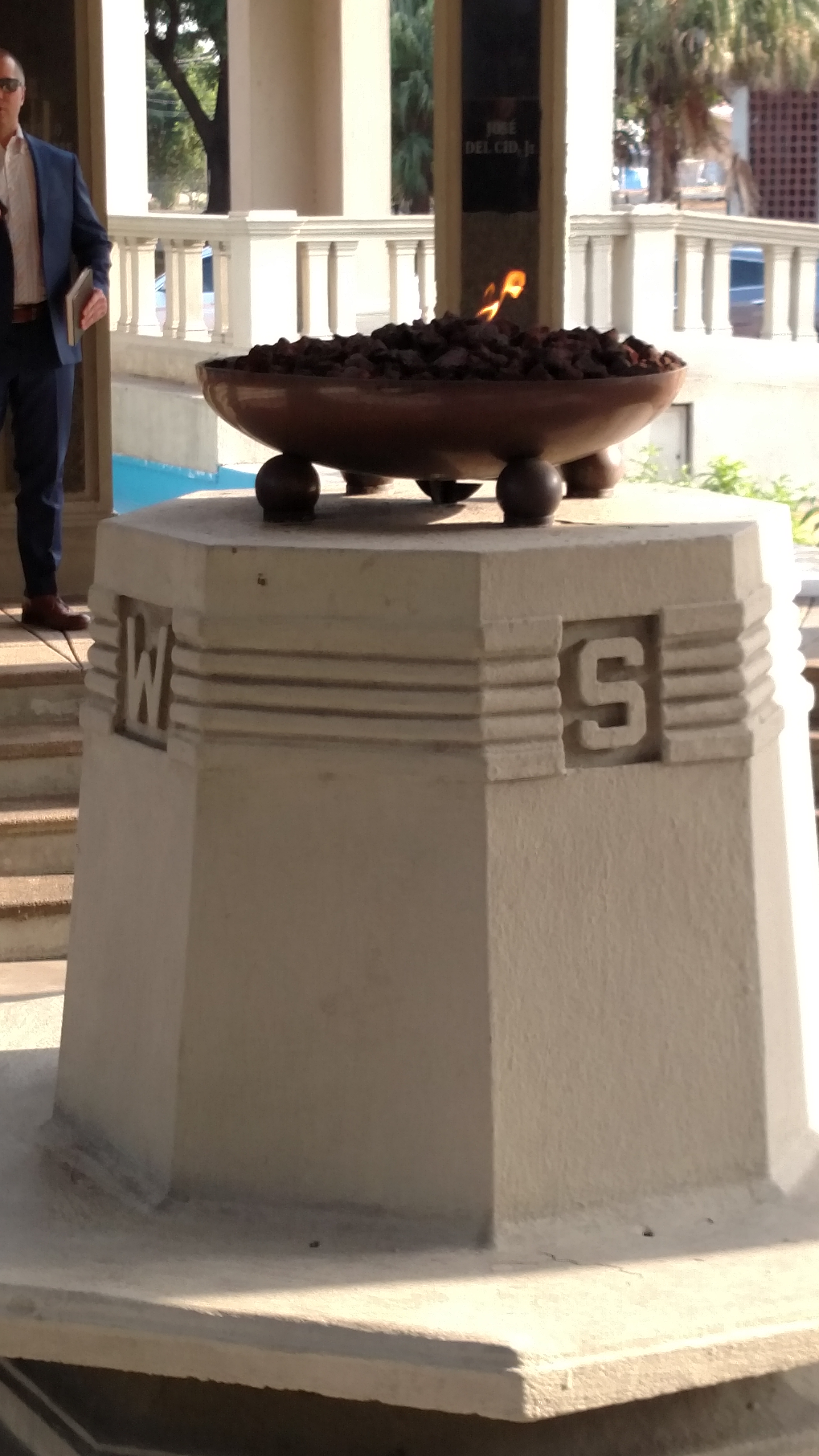 The eternal flame that rests at the former Balboa High School in Panama.

Next we traveled to Grupo Melo, the family owned business that operates many agricultural businesses from feed production to farm stores and from poultry production to PioPio restaurants (similar to KFC in the US). In 2015 they produced 20.5 million broilers to keep up the with 83 pounds of chicken consumed per capita using 87% of the grains that are imported from the US by Panama. The grains (including corn, soybeans, soybean meal, wheat and DDGS), are combined with other feed additives and sold commercially in their farm stores or delivered to their chicken farms where the broilers are produced. Following our tour of the feed mill we visited the local farm store. You can imagine the reaction when 35 Illinois agriculturalists stepped through the doors and filled every aisle! 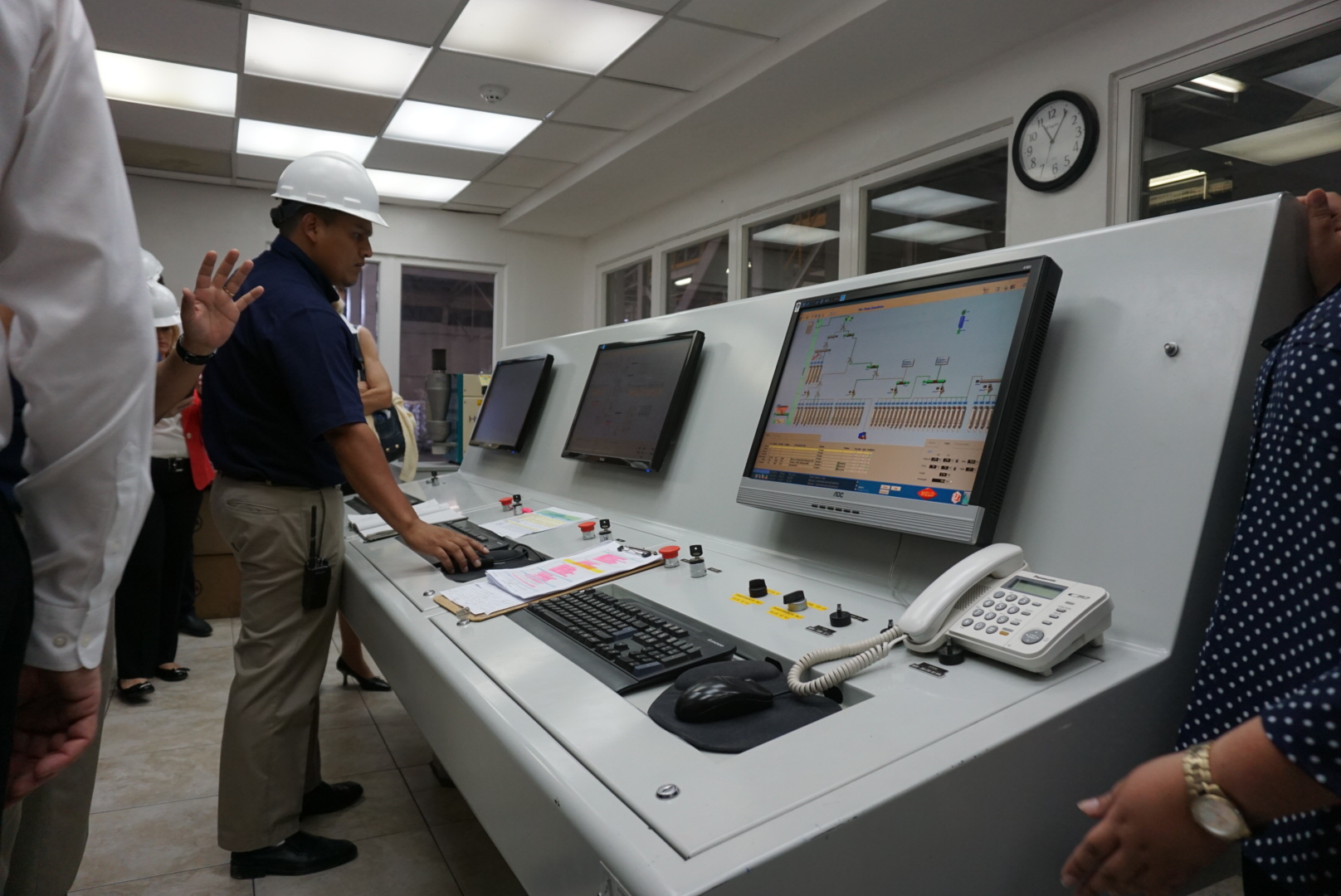 Our final stops for the day were at the Ciudad del Saber, also known as the City of Knowledge. Formerly Clayton military base, the 300 acres of land and buildings now house businesses and leaders from around the world who strive to bridge the gap between business and the university system. Since their start in 2000, the non-profit private foundation has rented spaces to companies, fostered start up businesses, welcomed international students from abroad and provided networking opportunities for global thinkers and leaders. One such company housed at the City of Knowledge is Born Animal Biotechnology. We first learned of their company during our previous seminar at the University of Illinois when we met with Dr. Wheeler who is partnering with Dr. Luiz Nasser to introduce Bos taurus genetics with Bos indicus genetics. In other words, they are partnering to take eggs from dairy cows at the University of Illinois Farm, fly them to Panama within 24 hours and breed them with cattle semen from Brazil. This genetic combination promotes increased lactation from the US cattle genetics and the hardiness to survive in this region of the world from the Brazilian cattle. In doing so, they have bred over 4,500 female calves in the past five years that are now producing higher levels of milk than a typical dairy animal from this region of the world.

We concluded the night with an authentic Panamanian dinner, folk dancing and entertainment at Tinajas restaurant. Now the challenge of creatively packing two weeks worth of clothing and souvenirs back into our luggage begins as we plan for an early morning bus ride to the airport on Friday. 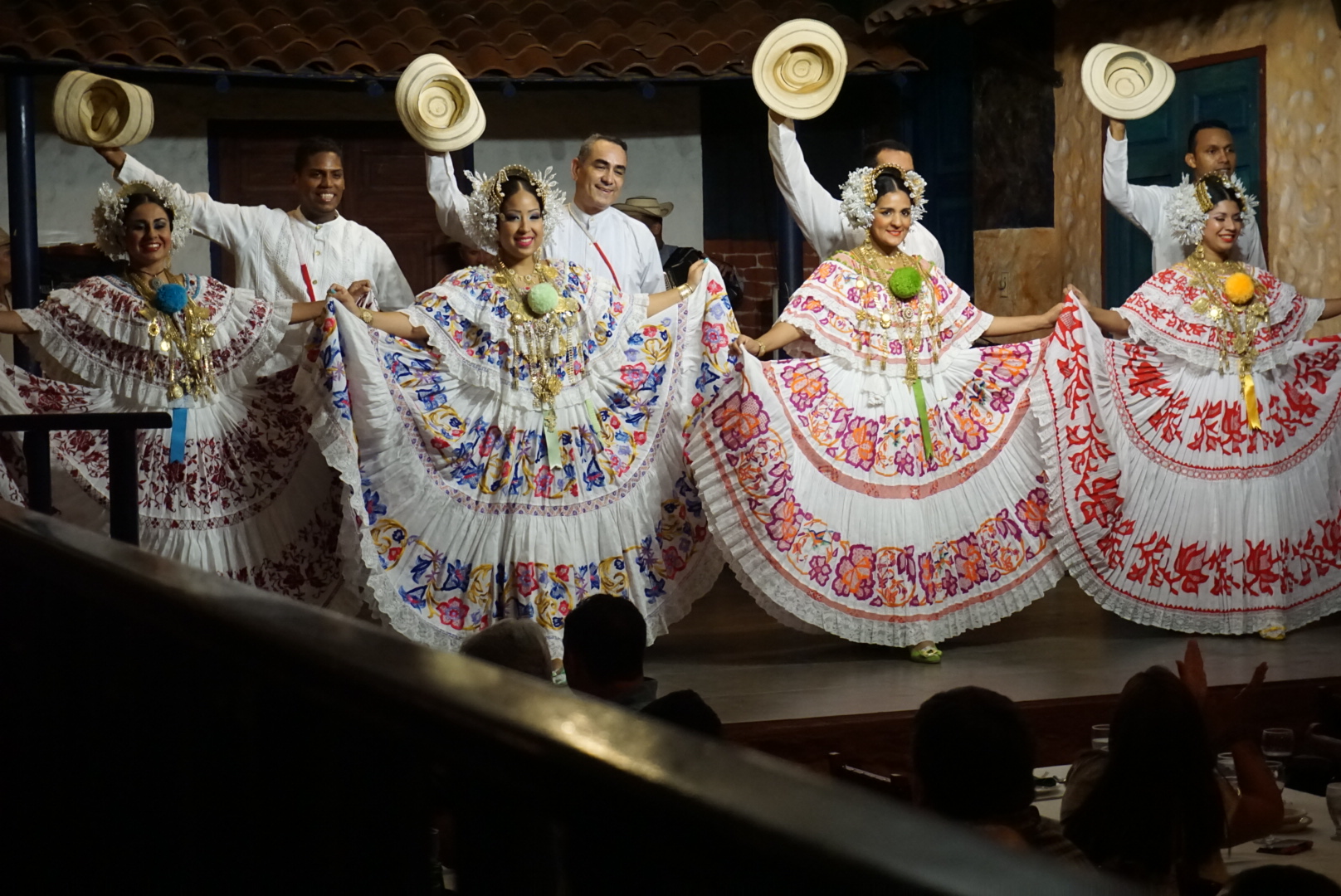