Today was our first day in Panama. We arrived in the wee hours of Sunday morning in time to unpack and try to sleep for a few minutes. I think the time change from Japan to Panama got to us. There are a few differences between the two countries. For example, the Panama hotel is significantly nicer with larger rooms, soft beds, and beautiful views of the bay. On the other hand, the bathroom facilities are not quite to par with Japan. The Japanese just have us beat on that front, and there’s not much more to say about that.

We had some free time Sunday morning to either catch up on sleep from our 30+ hours of travel to Panama, to go sight-seeing, or to attend church. A nice group of is decided to attend Catholic mass at Iglesia del Carmen, a nearby and historical church. We got mildly lost due to no street signs, but Dr. Easter flexed his Spanish skills and got us to the right spot. We were even on time. I guess it was God’s will! 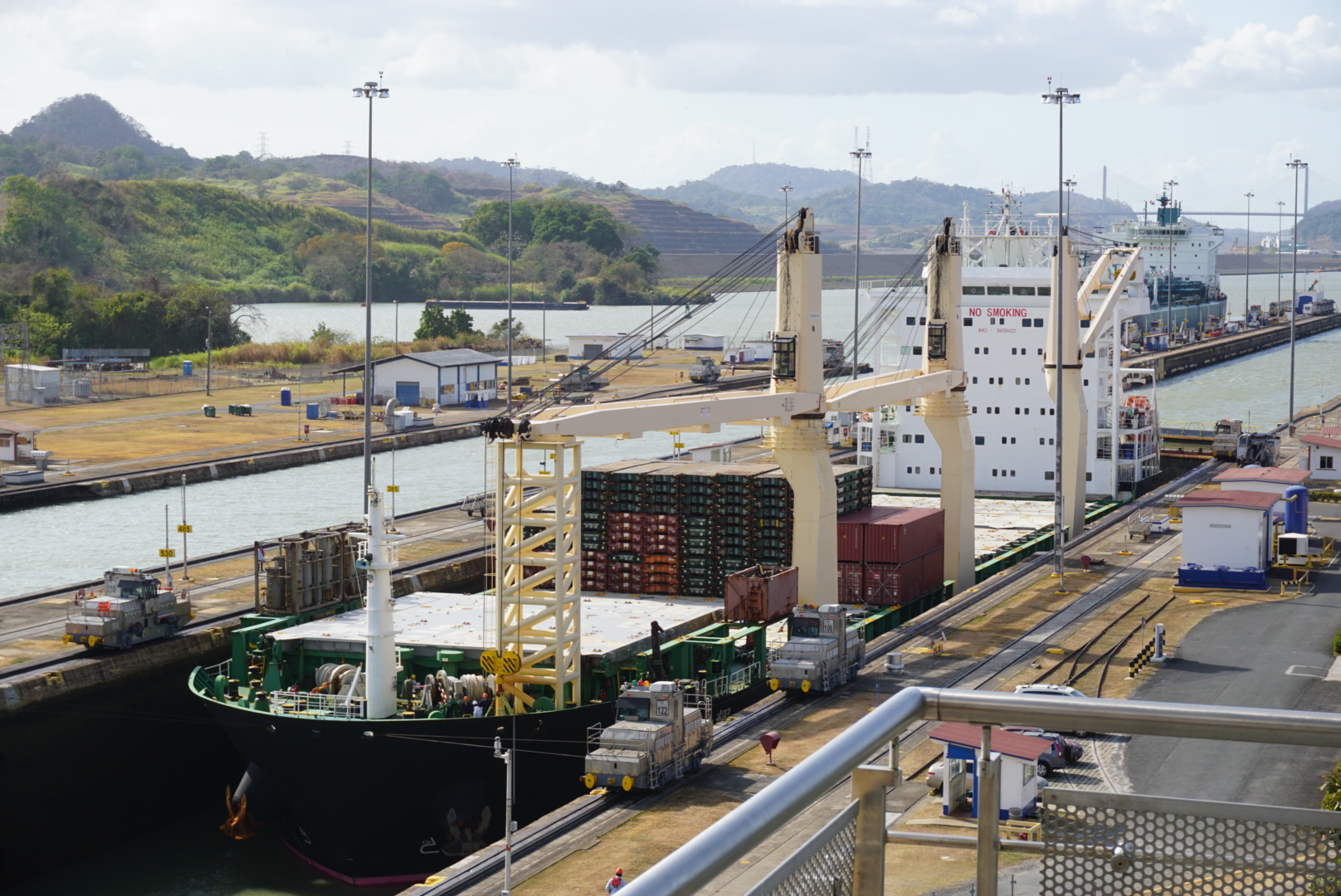 A view of one of the container ships passing through the Miraflores Locks at the Panama Canal.

We grabbed a quick lunch after mass and then boarded the bus to the Panama Canal. We watched a barge with containers pass through the Miraflores Locks and learned about the history of the Panama Canal construction. Our guide for the week, Kenny, is well versed on the historical context of the canal as well as the American occupancy and later departure. We had a traditional Latin American dinner at a cute restaurant in the Casco Viejo area before exploring all that the Panamanian night life had to offer. Here’s to a great week in Panama! 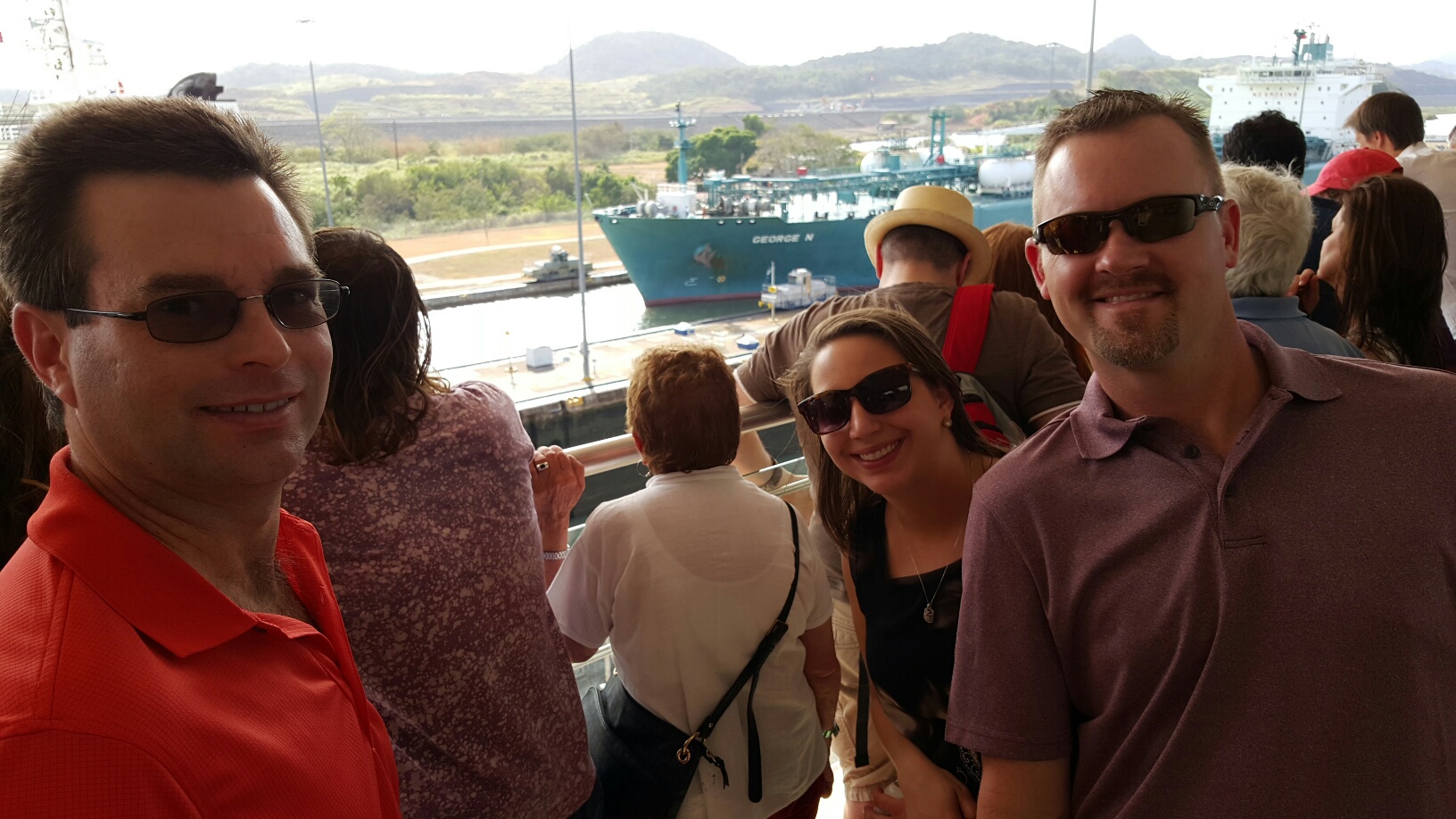 Joe Zumwalt, Krista Lottinville, and Kirk Liefer pose for a quick photo while watching the ships pass through the locks.

A panoramic view of the Miraflores Locks.