Hello from a beautiful Washington DC with April weather in February.  Our morning started with a 20 minute uber ride to the Farm Credit Administration.  We heard from Barry Mardock who explained FCA and their function.  FCA is the regulator for the Farm Credit system as well as regulates Farmer Mac.  Sal Iannetta covered Young Beginning and Small farmer numbers for the system while Dr. Steve Gabriel gave us a quick economic outlook of Agriculture and touched on how the system is funded. 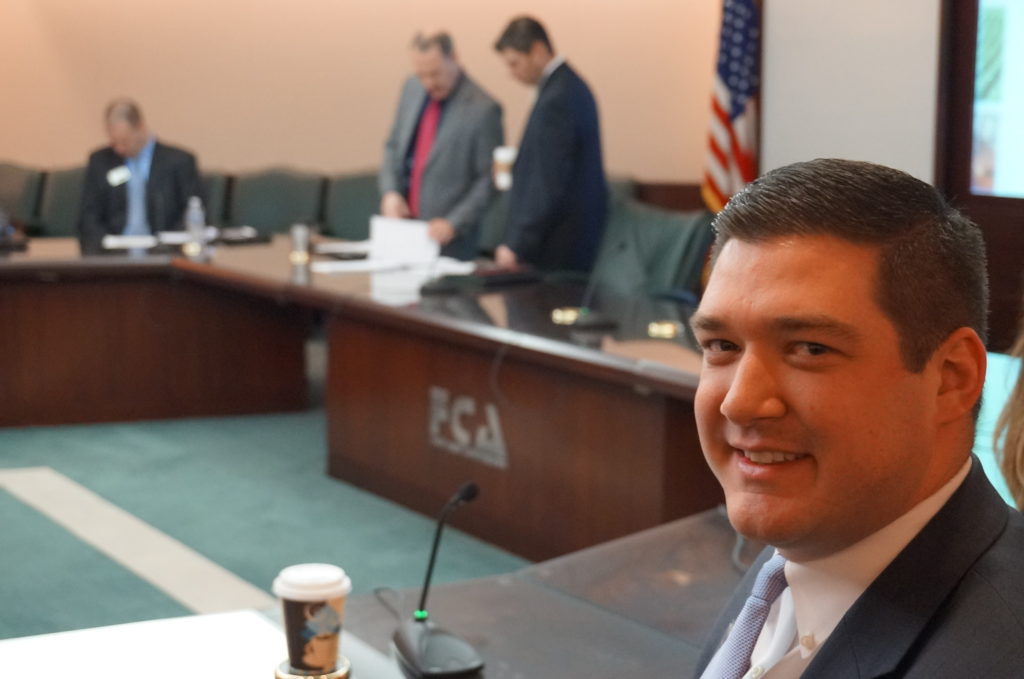 Clay Zwilling poses for a moment before our meeting begins at Farm Credit Administration.

Dr. Stephen Goldsmith was our next speaker to discuss the FBI’s support to our Food and Agricultural Sector.  Dr. Goldsmith currently serves in the Weapons of Mass Destruction Directorate & Biological Countermeasures Unit.  His presentation was eye opening to the class.  His unit’s responsibility is to monitor all crop and animal counter terrorism up to harvest or processing.  It was frightening how vulnerable our livestock and crop sectors are to a malicious attack.

After a combination of Taxis and the Metro Train the group made it to the U.S. Grains Council.

Here, the group heard from Bobby Frederick, who currently serves as the director of legislative affairs and public policy for the National Grain and Feed Association (NGFA). Frederick gave an interesting presentation outlining his focus on agricultural biotechnology issues, as he serves as principal staff liaison to NGFA’s Biotechnology Committee.  He spoke to the group about leading NGFA’s staff efforts on inland waterway and port issues, and serving as principal staff liaison to the Waterborne Commerce Committee.

Our next speaker was Colin Woodall National Cattlemen’s Beef Association.  He had a lot of optimism to finally get a breather on the environmental side with the new administration.  His cattleman and ranchers have been on the defense for way too long with the EPA and was glad to be able to move onto more productive projects.  His main concerns currently are tackling challenges while we are still waiting on the appointment of our new Secretary of Agriculture at the USDA.  The TPP trade agreement was going to be a positive for the beef industry with Japan and others in the region.  With the Trans Pacific Partnership scrapped, they are looking for bi-lateral agreements.  We currently have a 38.5% tariff on our beef exports to Japan, the TPP agreement would have reduced that to a single digit number.

The group then spoke to Kimberly Atkins, who serves as the vice president and chief operating officer for the U.S. Grains Council, a non-profit organization that promotes the global use of U.S. barley, corn, sorghum and DDGS. She outlined the producer and agribusiness partnerships as well as governmental bodies that comprise the US Grains Council.  Kimberly cited meeting the increasing demand for affordable meat, milk and eggs as a major focus of the council’s efforts. 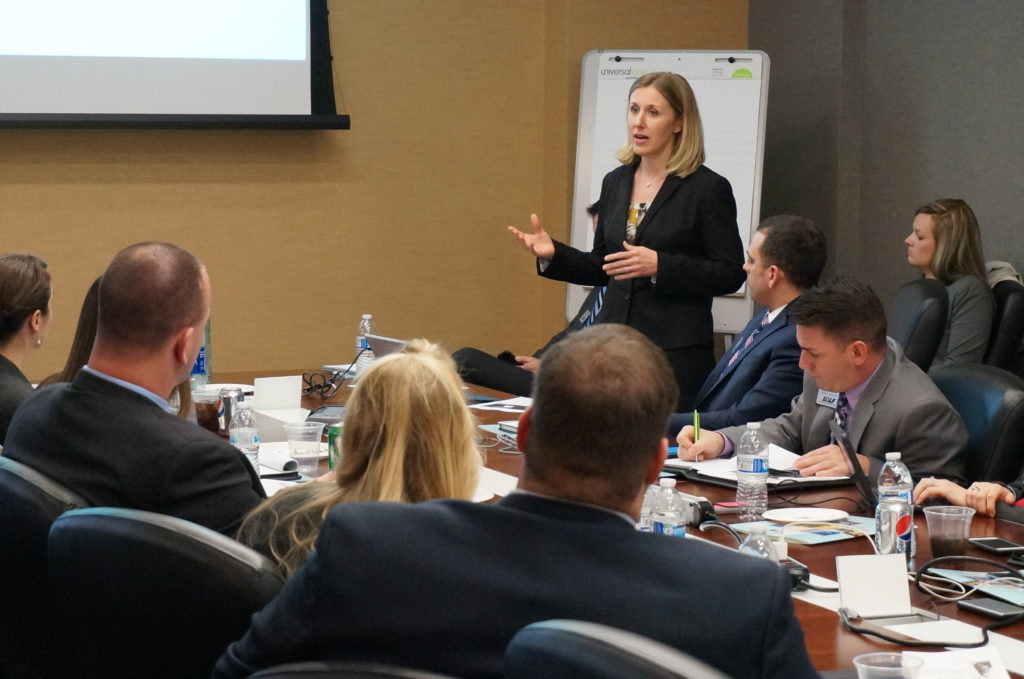 We also visited with Bill Davis from the NPPC National Pork Producers Council.  Much like Colin Woodall from NCBA, Bill spoke a lot on the uncertainties of trade.  One of the interesting topics we heard from 3 of the speakers today was Foot and Mouth Disease (FMD) and a place called Plum Island.  As trade associations both the Cattle and Pork industries are very concerned about the impact of an FMD outbreak.  According to estimates from Iowa State the impact of an FMD outbreak could be $200 billion over a 10 year period.

Thanks to receiving input from Steve Huls and Dave Mool from the class of 2016, the class of 2018 enjoyed an evening tour of Washington D.C. with Clarence Shaw (a.k.a Mr. Maps).  The city traffic was hectic with President Trump’s first address to congress happening and the rainfall was continuous, but the class had a wonderful time and had a great tour!