Four distinguished agricultural professionals were honored as recipients of the prestigious “Torch of Leadership” award from the Alumni Association of the Illinois Agricultural Leadership Foundation.  The presentation of these awards was held at a banquet and awards ceremony at the Doubletree Conference Center in Bloomington, Illinois on Aug. 25. 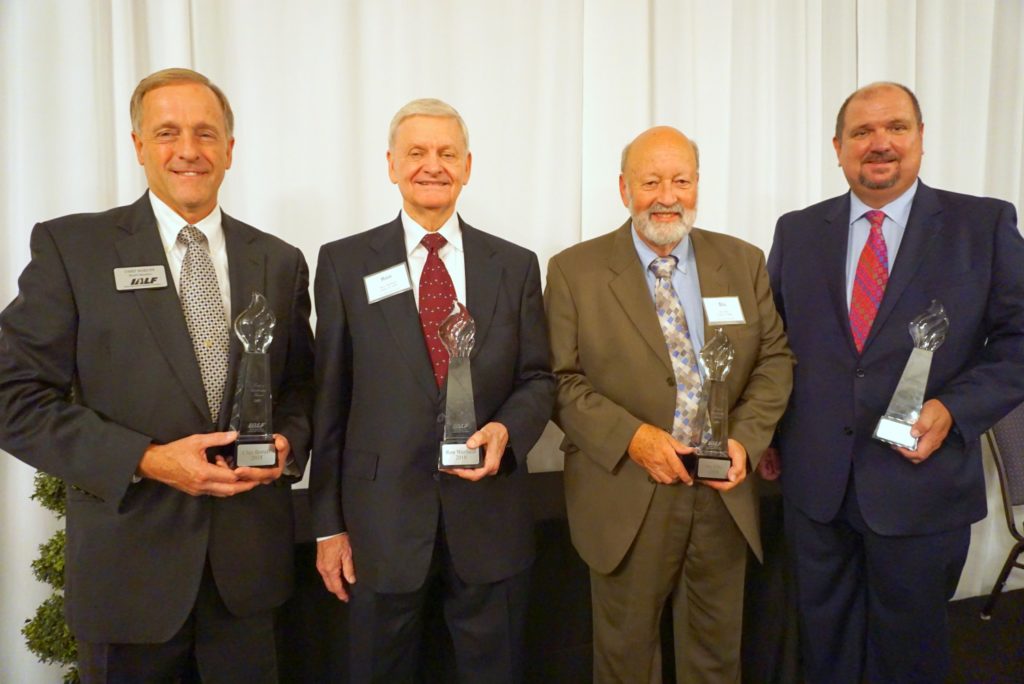 Chet Boruff is a proven leader. Born near Aledo, Illinois, like so many in agriculture Chet worked on his family farm. He was a member of the Westmer High School FFA and continued his education at Iowa State University, receiving his degree in farm management. He worked for the Production Credit Association, was Executive Director of Novecta and assisted local banks and ag lenders as a credit analyst expert. Chet served as Illinois’ Deputy Secretary of Agriculture until 1999. Chet currently serves as the CEO of the Association of Official Seed Certifying Agencies, with affiliate offices in 45 states and seven countries. With all his leadership responsibilities, Chet still actively farms in the Quad City area where he lives with his wife Joy. He is an alumnus of the IALP Class of 1984 and currently serves on the IALF Board of Directors. 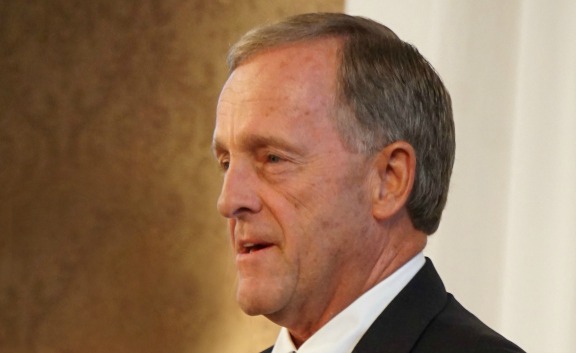 Stu Ellis has spent his professional career in communications spreading the word on agriculture’s story. Like so many ag leaders, Stu grew up on his family’s farm near Taylorville, Illinois. He received his degree in communications from the University of Illinois and was a captain in the U.S. Army Reserve. He started his career in radio in Danville, Illinois and then moved to Decatur, Illinois, where he met his wife, Cindy, as a farm broadcaster. He also provided leadership as an advocate for soy ink with the American Soybean Association, was a county agent for the Macon County U of I Extension, and served as editor of the Extension’s Farmgate website. Stu was a driving force with fellow IALP alum Randy Prince to make Decatur one of two permanent sites for the Farm Progress Show, the leading outdoor farm show in the nation. Stu currently is a farm broadcaster for WCIA and WCIX in Champaign and is a contributor to other media, including the Decatur Herald. Stu is a proud member of the IALP Class of 1988.

Throughout his life, Randy Prince has taken on several leadership roles in a wide range of organizations in agriculture as well as commerce and community development.  Randy grew up on his family’s centennial farm near Enfield, Illinois. He received a BS degree in Agribusiness and Finance from Murray State University. He served as Farm Bureau Manager for Mason and Menard counties, earning recognition from the IFB and receiving awards for advocacy and membership. As Executive VP of the Macon County Farm Bureau. Randy’s leadership included initiating the Farmers to Washington Program and the establishment of the Farm Bureau Foundation. He also was President of the Greater Decatur Chamber of Commerce and was the COO of 300 Below Cryogenics. Randy teamed with fellow IALP alum Stu Ellis and spearheaded local efforts to bring the Farm Progress Show to Decatur as one of two permanent sites for the nation’s largest outdoor farm show. Randy currently serves as a membership consultant with the Illinois Manufacturers Association. He is an alumnus of the IALP Class of 2004. 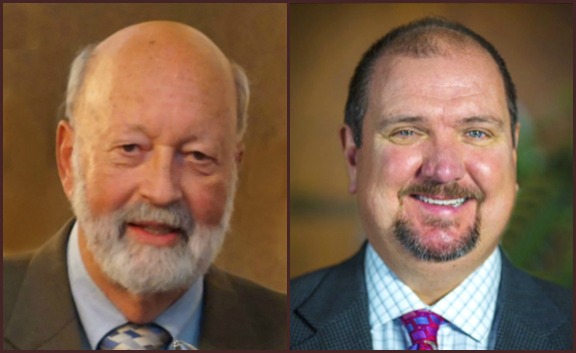 Ron Warfield has served agriculture well both in Illinois and on the world stage. As a past President of the Illinois Farm Bureau, ag educator and philanthropist, Ron is a proven leader for agriculture. Born in Gibson City, Illinois, Ron began his leadership journey on his family farm. He attended the University of Illinois, receiving a Masters Degree in Ag Economics. He was a member of the 4H International Farm Youth Exchange and served as an officer in the U.S. Army. Ron was named Prairie Farmer of the Year in 1992. He became the 13th President of the Illinois Farm Bureau in 1993, serving ten years as its chief executive. He was a member of the American Farm Bureau Board and Executive Committee. He taught ag policy and leadership at the University of Illinois. Ron and his wife Melanie continue to travel the world as ambassadors of agriculture as well as focusing on other issues in developing countries. Ron is an alumnus of the IALP Class of 1984 and is a past member of the IALF Board of Directors 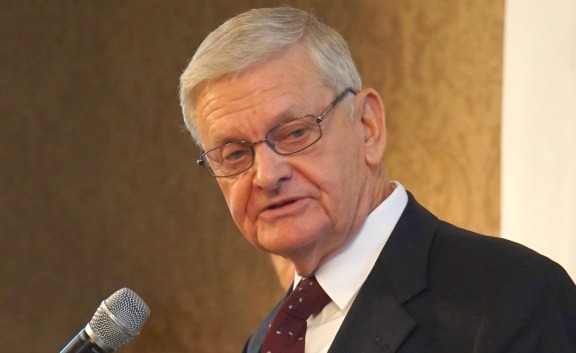 The “Torch of Leadership” award is given every two years to recognize members of the Illinois agricultural community who have built a legacy of leadership through exceptional personal commitment and uncommon excellence in service to Illinois agriculture, be it in business, government or education.  Awardees are selected by the Illinois Agricultural Leadership Alumni Association (IALA).