A full day in Hong Kong was kicked off by visiting the Consulate of the United States. There, we were introduced to Chris Li, Senior Agricultural Marketing Specialist. Mr. Li spoke extensively about the role Hong Kong plays in facilitating world trade, especially with China. The One Country, Two Systems strategy appears to be working pretty well in its current state. 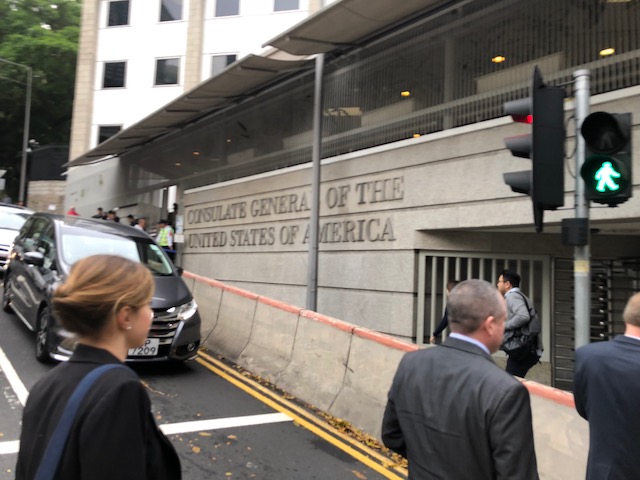 Arriving at the US Consulate in Hong Kong.

We were then briefed by the Consul General to Hong Kong and Macau, Kurt Tong. Mr. Tong continued to describe the trade strategy and negotiations in the region. He was generally friendly global trade because of growth rates and a rise in technology but acknowledged that employment destruction in developed countries will continue to be a problem.

The morning was capped off with Alicia Hernandez, Director of the US Agricultural Trade Office. She also spoke of the importance of Hong Kong in global trade and emphasized the fact that Hong Kong is within a five-hour flight of 1/2 of the world’s population. 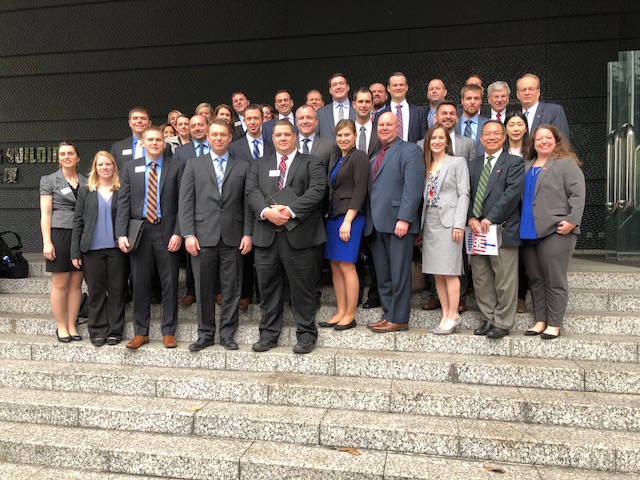 The IALP Class of 2018 gathers for a group photo with the US Consulate staff after their morning briefing.

The class then rode the tram to the top of Victoria Peak and enjoyed lunch overlooking Hong Kong and the port. Even though the weather was not ideal for sightseeing the spectacular view was enjoyed by all. 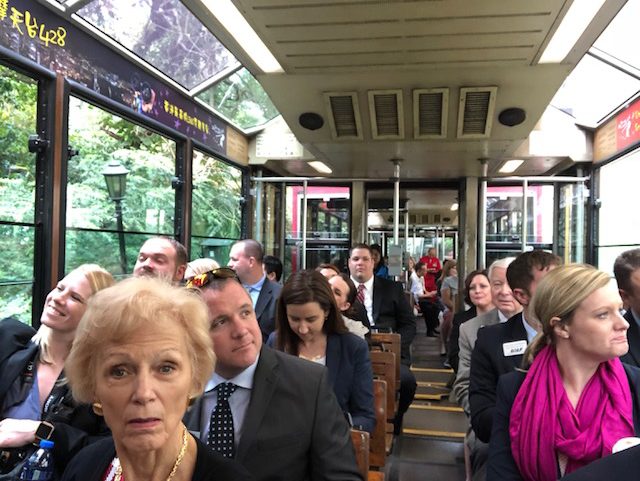 Taking the historic tram up to Victoria Peak for lunch.

Our afternoon was spent at JP Morgan discussing the financial and economic impact China has on surrounding regions. Mac El-OMari, Vice Chairmen for Global Investment Banking spoke from years of experience in the private sector and was candid in expressing the importance of China and the economic growth in Southeast Asia. Grace Ng, Executive Director in Global Research then gave a briefing on the public sector financial industry in China. 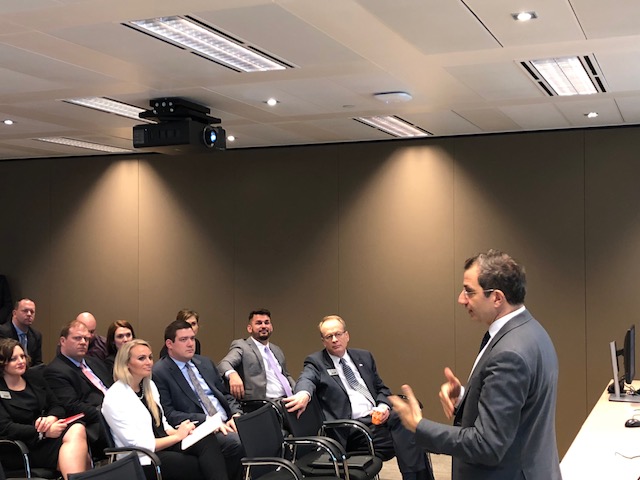 Our day finished as guests at the China Club in downtown Hong Kong.  Before dinner, speakers, Dr. Jimmy Chiang and Ms. Sindy Wong, representing InvestHK joined our group.  InvestHK provides free and customized services to help overseas companies set up and expand in Hong Kong. The organization has assisted US companies, including Garrett’s Popcorn, come to the region. InvestHK looks for opportunities to bring western companies to the area. As an importer of most of their food products, Hong Kong has a desire to connect with agricultural companies from counties they trust as a good source.

After the meal, and our first day came to a close, the class was able to take in the sights of Hong Kong’s nightly light show before returning to the hotel.