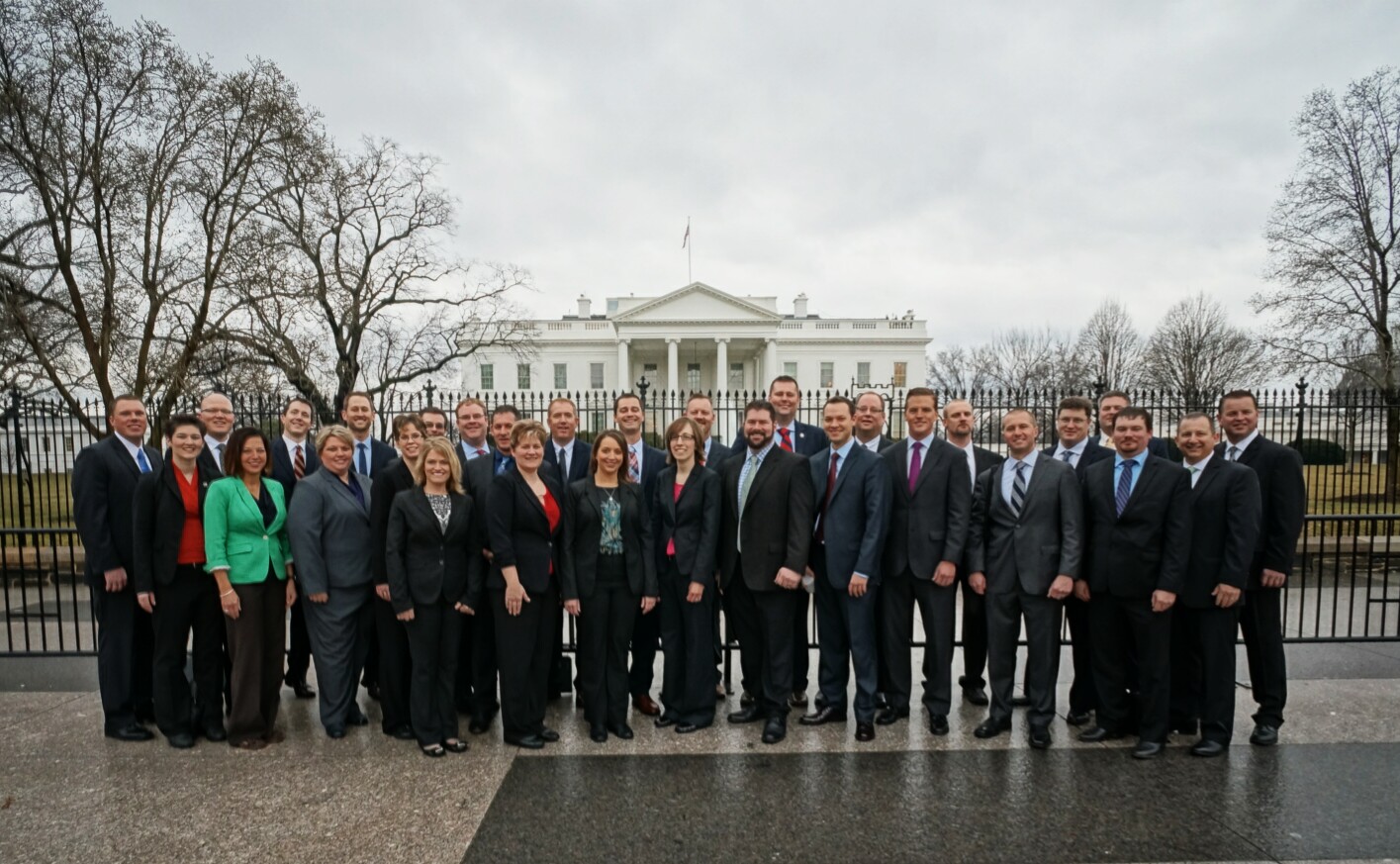 The Class of 2016 takes a few moments out of the busy week to visit the White House.

The group started off the day with a brisk walk to the White House – where we took a class picture.  Following that, we continued on to the U.S. Capitol, where we received a personal tour full of America’s rich history.  After the tour, the class enjoyed lunch and fellowship.

Later, the class met with Matt Schertz & Bart Fisher, both on staff with the House of Representatives Committee on Agriculture, under Chairman Conaway.  Schertz serves as Policy Director, and Fisher as Chief Economist. They talked about the challenges of formulating the new farm bill. They also discussed changes coming to the nutrition act.  They were joined by Bobby Frederick, Legislative Director to Congressman Rodney Davis (IL-13).  Congressman Davis is Chairman of the Biotechnology, Horticulture, and Research Subcommittee. 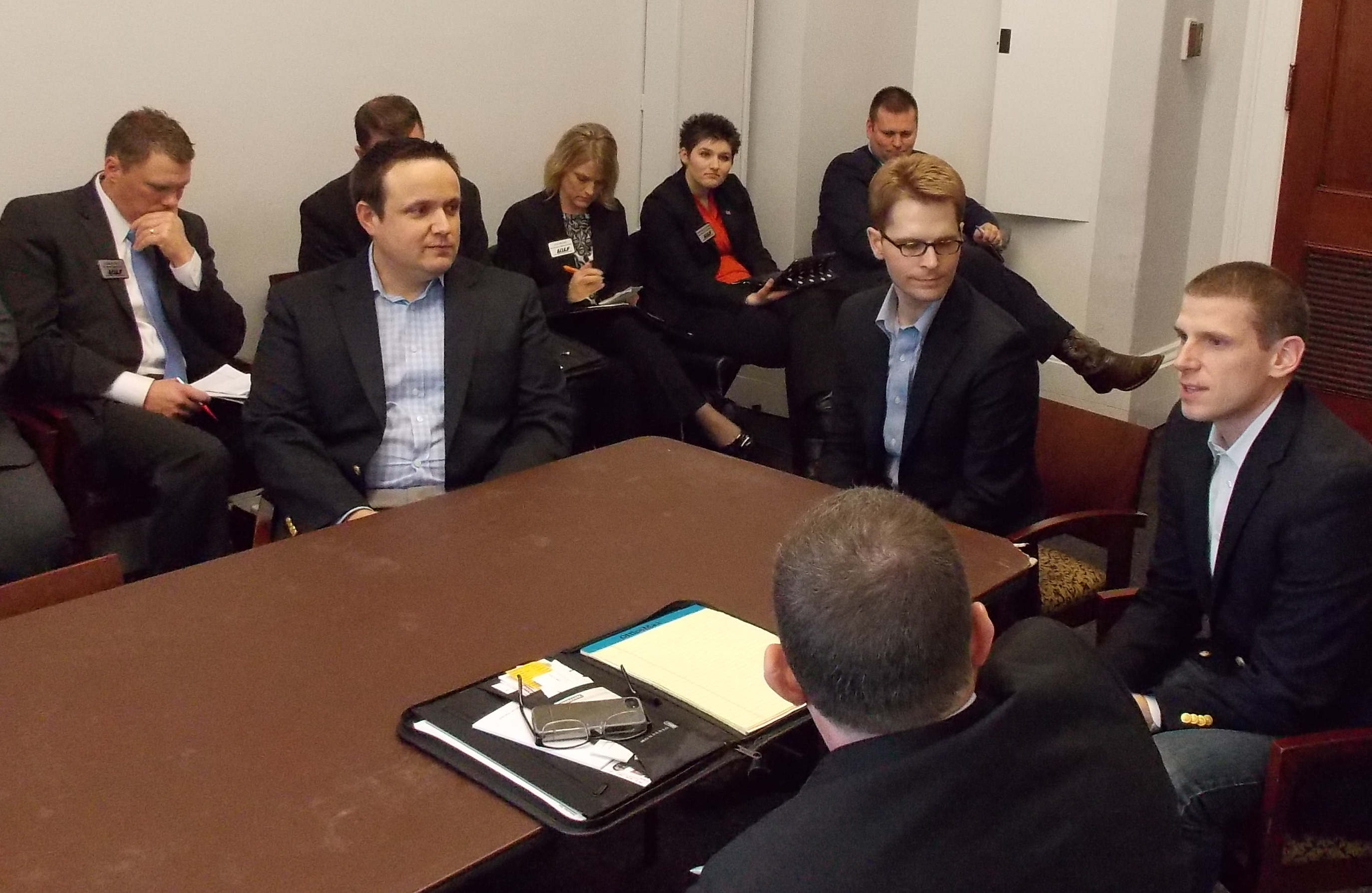 The class then had the opportunity to meet with Mark Palmer, the Legislative Adviser to Illinois Senator Richard Durbin. Mark talked about the Senator’s approach to Trade Promotion Authority, among other priorities significant to agriculture.

Following the meeting with Senator Durbin’s staff, the class met with Jacqueline Muhammad, Legislative Correspondent for Senator Mark Kirk. She discussed the challenges facing agriculture, and possible new regulations for drones use on farms.

To finish the day, class members had a chance to meet the California Agricultural Leadership Program’s Class 45 during a reception at the Secretary’s Patio at USDA. It was a great opportunity to network and learn about agriculture in a different part of the country. 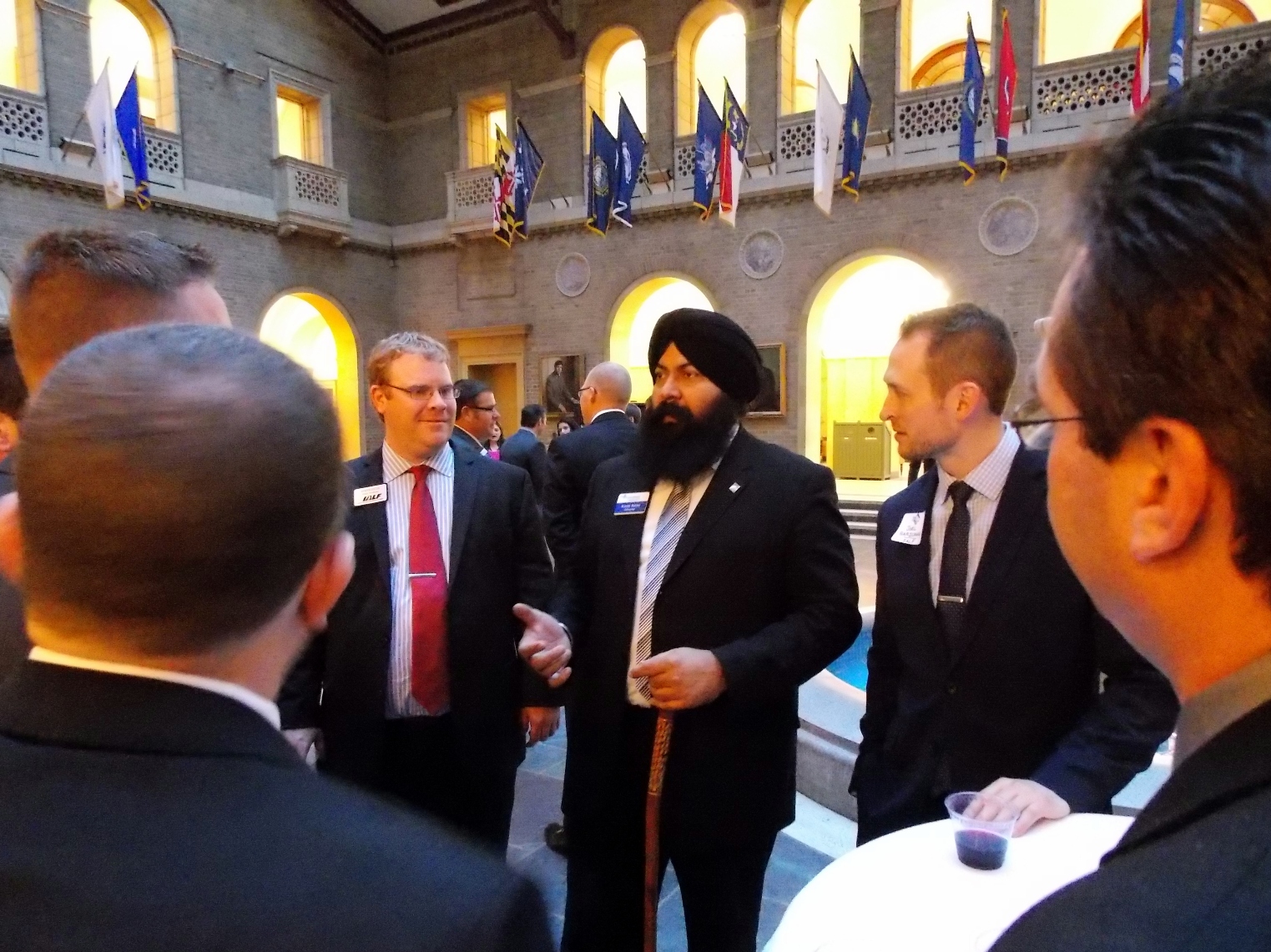 Meeting and discussing California agriculture with specialty grower Karm Bains, an alum and Director of CALP.