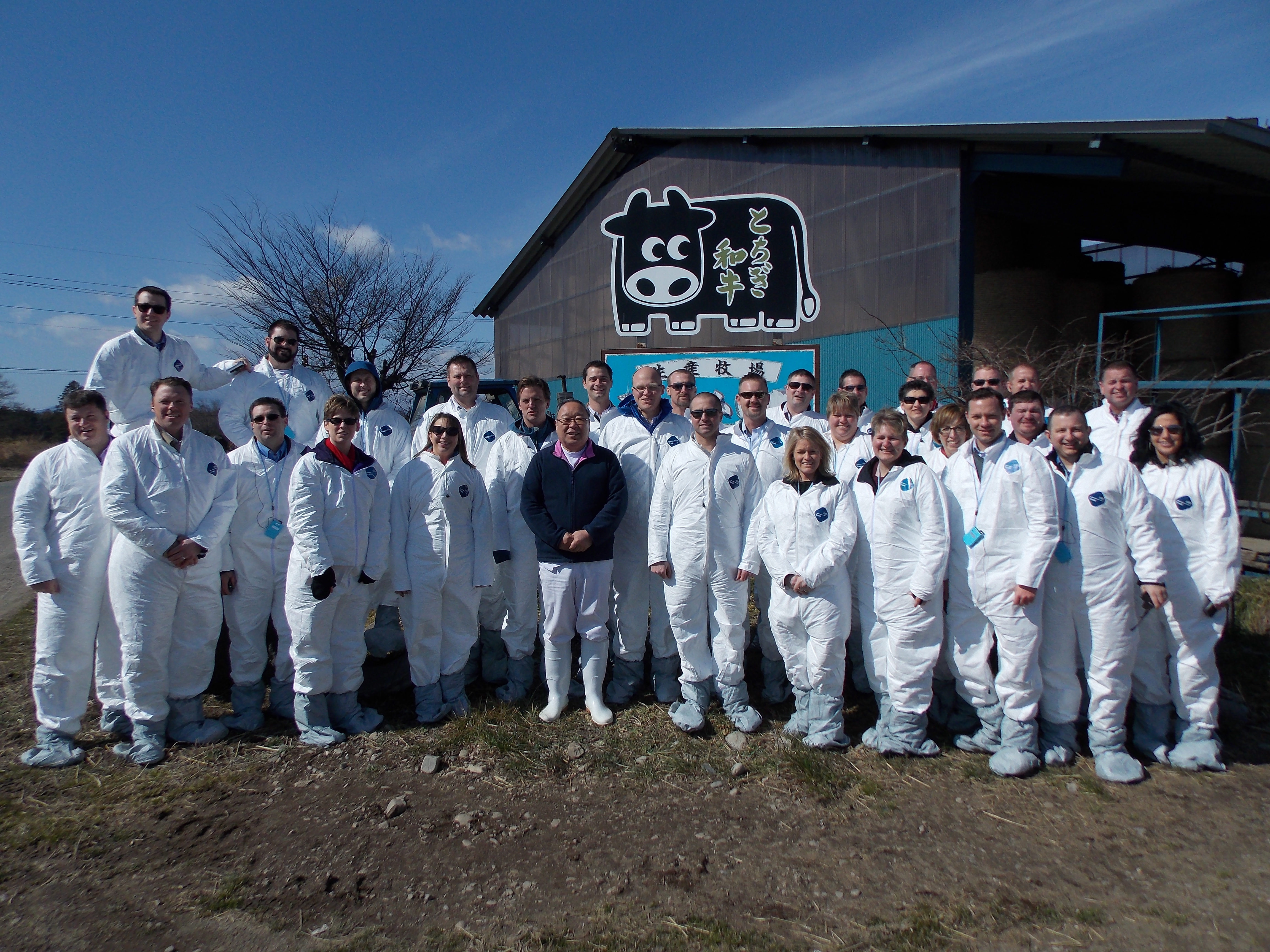 Dr. Iso, center of photo, hosted the class for a special visit to a Wagyu beef farm and a dairy operation.

We started and early morning heading north of Tokyo to a town called Nasu where we met with Dr. Iso, a veterinary surgeon.  He manages and makes breeding decisions for a Wagyu beef farm that raises primarily Japanese Black Cattle.  After donning our Tyvek suits, Dr. Iso gave us a tour of the facilities which house 100 breeding cattle and 100 fat cattle.  Feed for the cattle includes rice straw grown on the farm and grain imported from the US.  After the 3 year fattening process, the cattle are sent to market.  The Japanese have a very intensive food traceability system including a 10 digit code which is a national standard.  At retail, a consumer can use this number to track their purchase back to the farm and history of the animal.  Dr. Iso spoke of the challenges of raising Wagyu beef including a 30% conception rate from AI and extensive genetic defects found in the breed.  Despite challenges, Wagyu beef runs at a high premium netting the producer roughly 1.2 million yen per head.  Dr. Iso then took us to his personal dairy farm, which milks 60 cows.  Dr. Iso utilizes 2 robots for milking that milk the cows between 2 and 5 times a day.  With the use of the robots labor costs are low as the cows come in to be milked on their own.  He spoke of the large capital investment for the robots which is incentivized by the Japanese government.  The milk produced in his dairy is premium, which nets roughly $15.00 per gallon because the cattle are fed non-GMO feed and he utilizes a low temperature pasteurization process.

We ate a quick lunch on the bus as we headed south to Utsonomiya City to a tomato farm owned by Mr. Ueno.  Mr. Ueno and his wife have farmed in their current location for 38 years.  They own 1.8 hectares which includes 2500 square meters of greenhouse space.  The remaining amount of land they use for rice, but tend to focus on tomatoes as they are higher value crop.  They have 4000 plants in their greenhouse which produce 40 metric tons of tomatoes.  They grow two varieties and 100% of their crop is for table use. When asked about TPP, Mr. Ueno believes that to continue viability, he will focus on a quality product that will fit the consumer’s preferences. 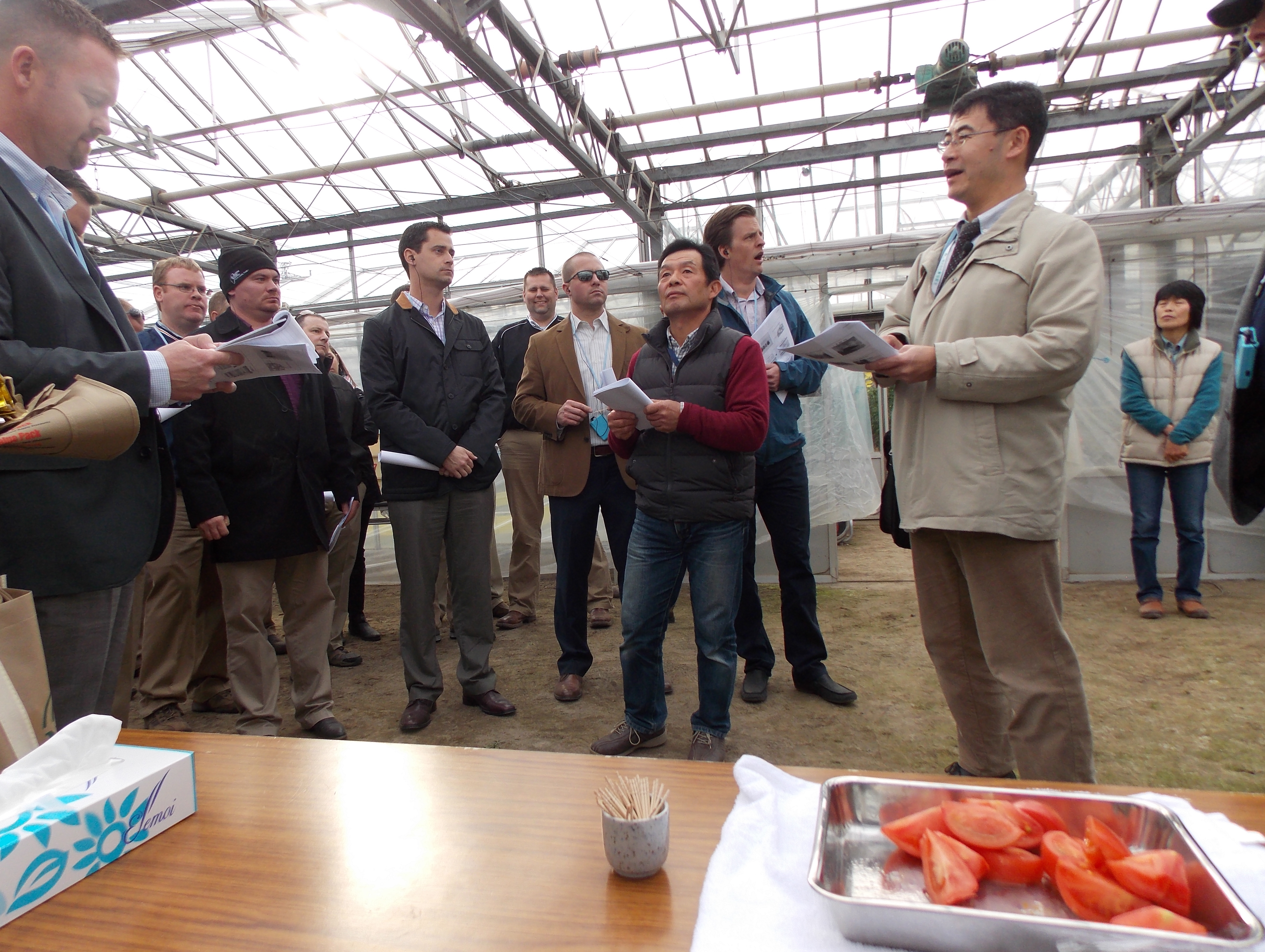 Mr. Ueno (center) discusses his greenhouse tomato farm with the IALP Class of 2026.

We took a short drive to Mr. Nihei’s strawberry farm.  He has been a grower for 45 years, and currently focuses production on 2 varieties of strawberries.  The two varieties translate to Elegant Lady and Sky Berry.  We were fortunate enough to sample each variety.  The three flats of berries quickly disappeared.  He owns 3 hectares which includes 8,000 square meters of greenhouse space for strawberries.  The Sky Berry variety is relatively new, taking 17 years to develop, but is quickly becoming very popular for gifts netting a price twice as much as the other variety.  The 7 full time employees include his son, who plans on taking over the operation once Mr. Nihei retires. 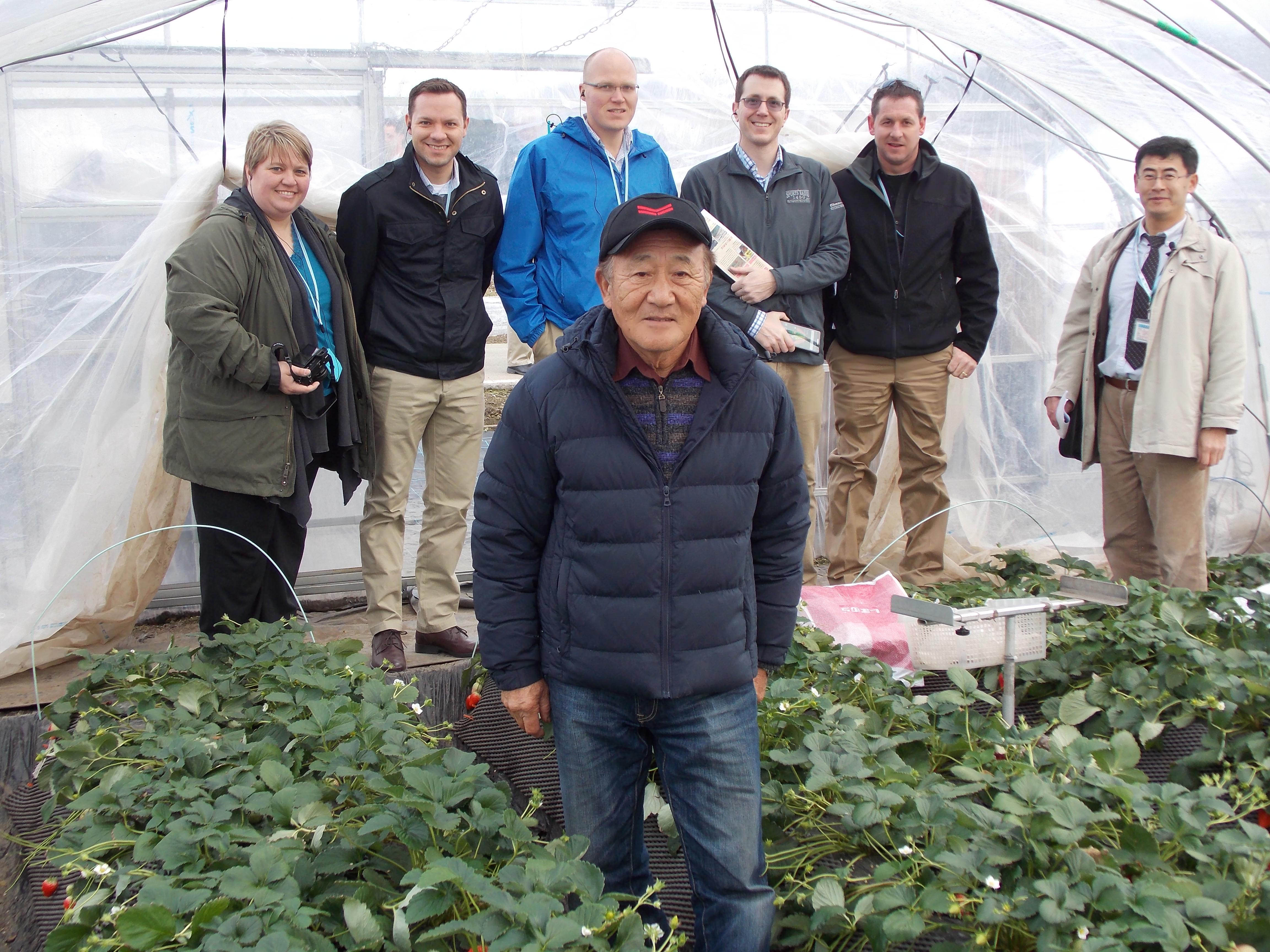 Several members of the Class of 2016 pose for a photo with Mr. Nihei in one of his greenhouses.

We loaded up on the bus and headed south back to Tokyo for dinner at a traditional Japanese pub.  This was a great end to four very informative farm tours.