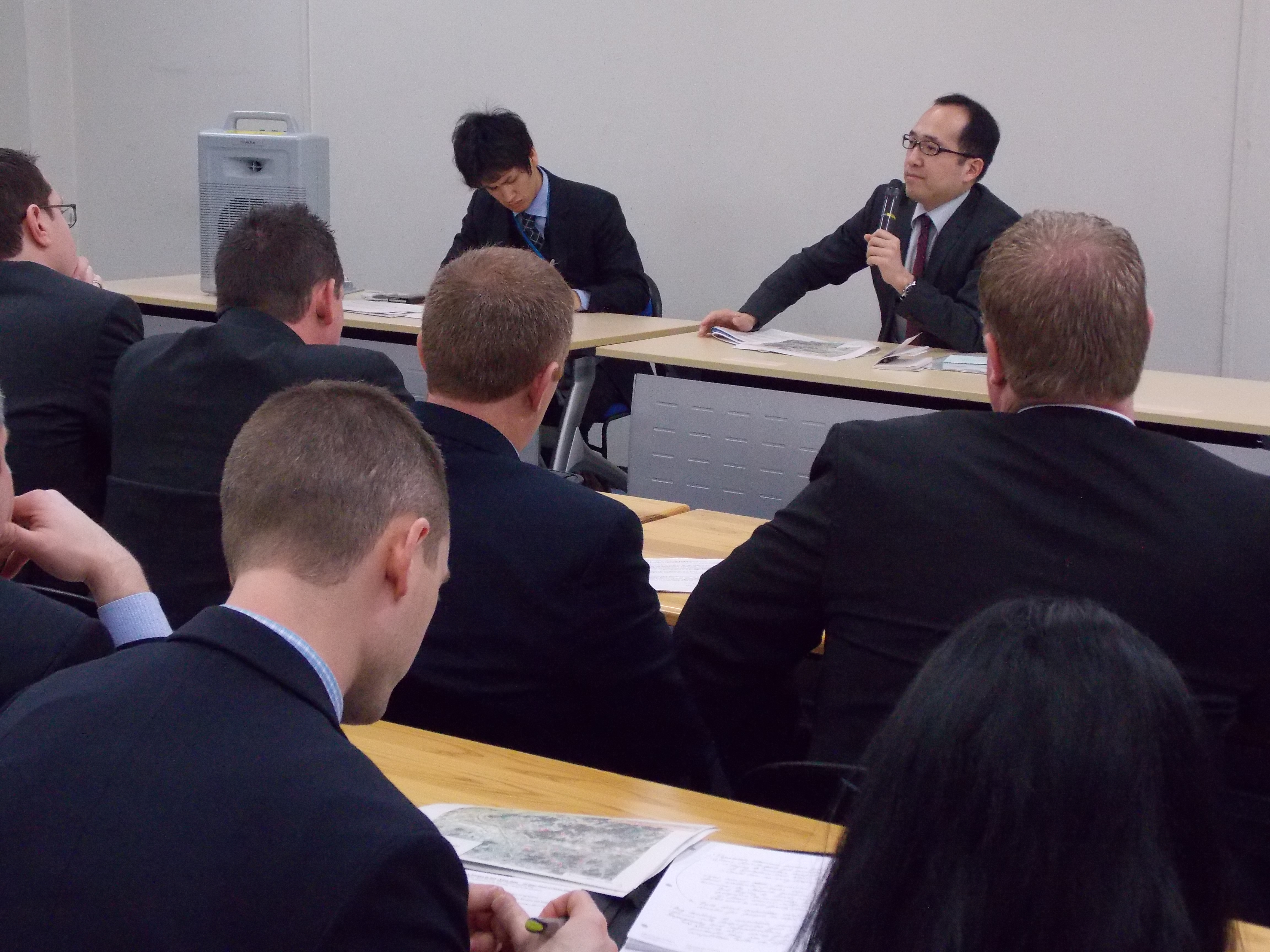 Hiroaki Kojima of Japan’s Ministry of Agriculture, Forestry and Fisheries speaks to the Class of 2016.

Our Thursday morning started off with a presentation from Hiroaki Kojima, Director of of the International Economic Affairs division at the Ministry of Agriculture, Forestry and Fisheries.

Kojima-san spoke of the many challenges Japan’s agriculture sector has experienced over the last several years.  One huge challenge is trying to reallocate farm land into bigger parcels to help farmers become more efficient.  This is not an easy task, since farms have been under same ownership for centuries.

Another interesting note that the Director made was Japan’s food security concerns.  Japan’s food self-sufficiency ratio is lower than any other developed countries.

After meeting with Hiroaki, our group visited the Imperial Palace Niju-bashi area.  This Palace that is still occupied today has a wealth of history.  It is home to the Emperor and Empress of Japan.

The IALP Class of 2016 poses in front of the gate to the Imperial Palace in Tokyo.

Next, the bus took us to Daiei – a retail shopping center in Tokyo.  We were greeted by 50+ Daiei supermarket employees on arrival.  Tatsuru Kasatani, Marketing Manager with US Meat Export Federation, spent time and had lunch with us.  He introduced us to the meat buyer for the store, who then gave us an overview of the options at the meat counter and in his department.   Many of us had the opportunity to also spend time shopping in the other retailers affiliated with the department store. 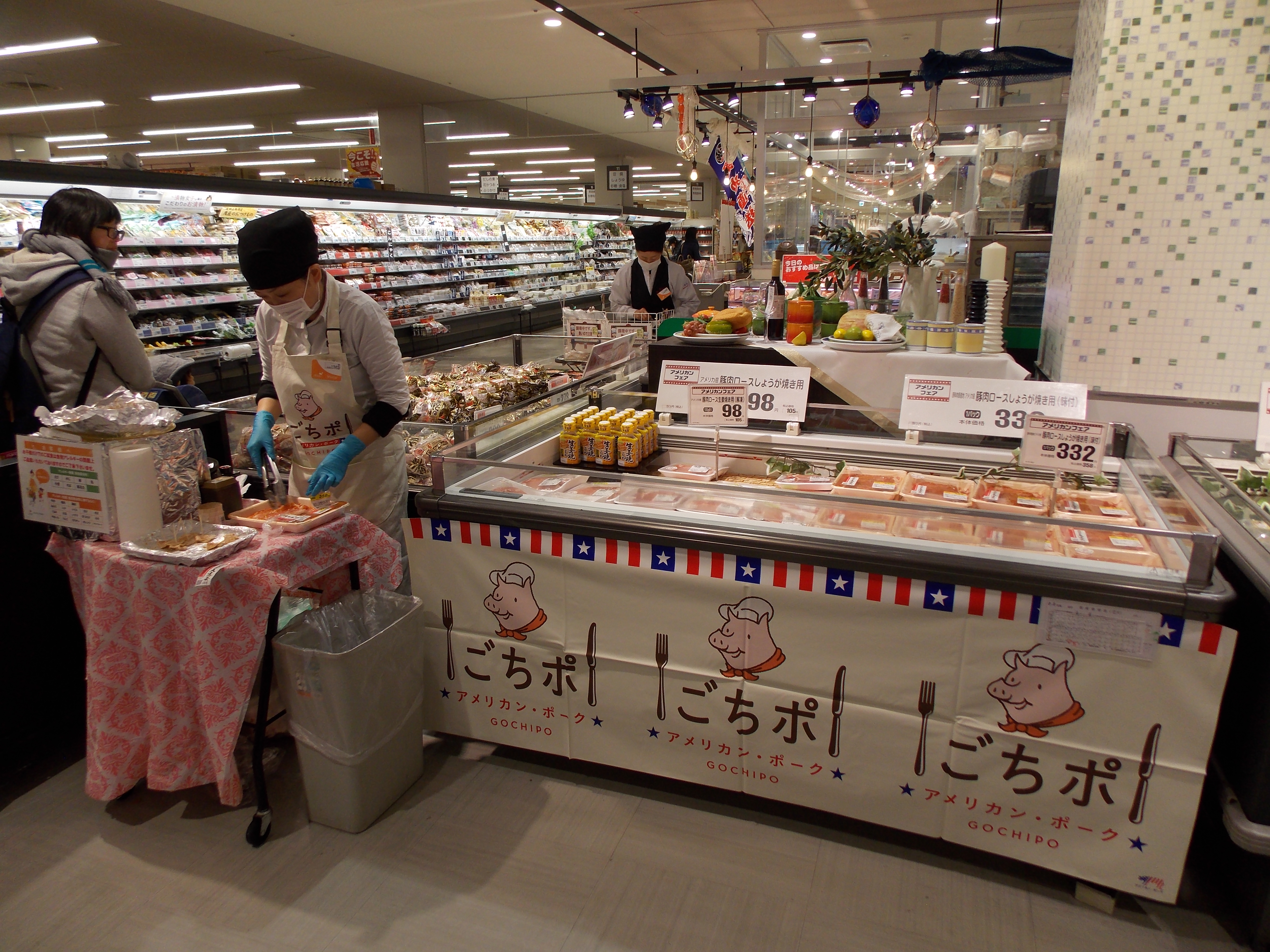 In the Daiei retail store, U.S. Pork is prominently displayed and marketed with the assistance of the U.S. Meat Export Federation.

After leaving the Daiei retail store, the group toured Sensoji Temple and Tokyo Tower in the heart of Tokyo.  Seeing the Temple and being on top of Tokyo Tower truly gave the group a sense of the Tokyo culture & city. 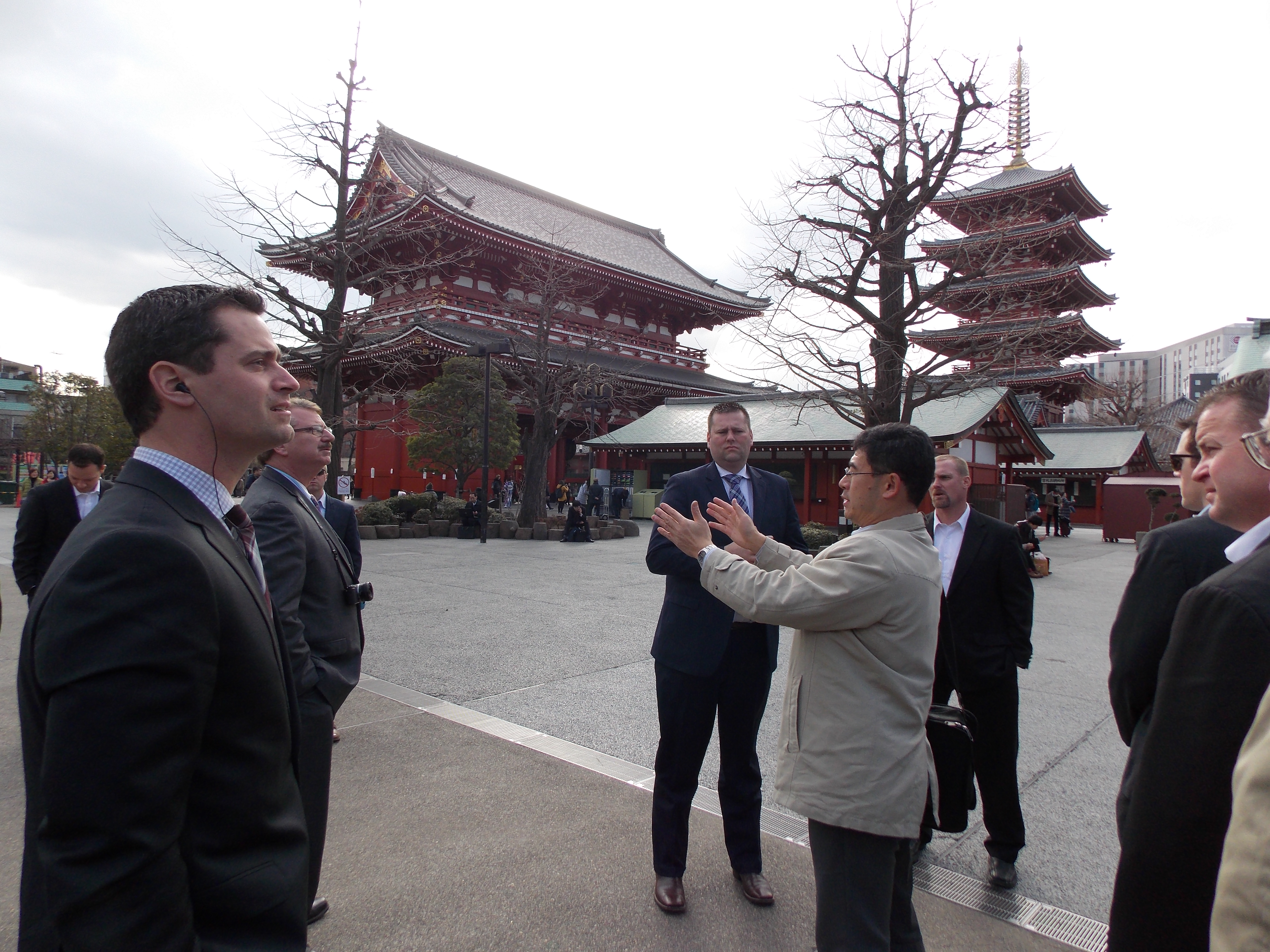 Katsumi Niwa-san, the English-speaking guide who has been with us all week, explains the customs and history of the Buddhist Sensoji Temple.