Day 10 of our international trip started off with eager anticipation by the weary travelers. The first stop was to the U.S. embassy, where we were greeted by Erich Kuss, the Agriculture Minister-Counsellor for Panama, Costa Rica, and Nicaragua. Erich was quick to point out what the Trade Promotion Agreement (TPA) with Panama means for U.S.-Panama relations.

Eliminate duties on 68% of U.S. exports

Phase out all tariffs over 15 years

Immediately eliminate all tariffs on frozen and processed goods

Our next speaker was Dr. Cesar Sandoval. He talked about how Panama has set up protocol to inspect imports for quarantine. Panama imports $650 million a year (mostly from the U.S.) and has very strict protocols especially for: Tomato leaf miner, Avian flu, and Swine flu.

Dr. Ned Cardenas impressed the class on his presentation about screwworm eradication. In his words, “the eradication of screwworms is one the greatest success stories of the USDA.” Basically, they have sterilized 20 million male flies a week to help breed the screwworm fly into extinction.

Next, the class listened to Mimi Liu, Economic Officer, and John Coronado, FCS Commercial Officer with the U.S. Embassy. They gave a very good summary of how the Panama economy fits in today’s markets. Panama has a stable government with the U.S. being it’s single largest trading partner. They feel that Panama’s largest hurdle is competing with the world in educating its citizens. There is a large push to teach their youth to be bilingual. That way they can move from being primarily a service economy to a more industrial economy.

After lunch at the local food court, the class zoned in on learning more about Panama’s agriculture. 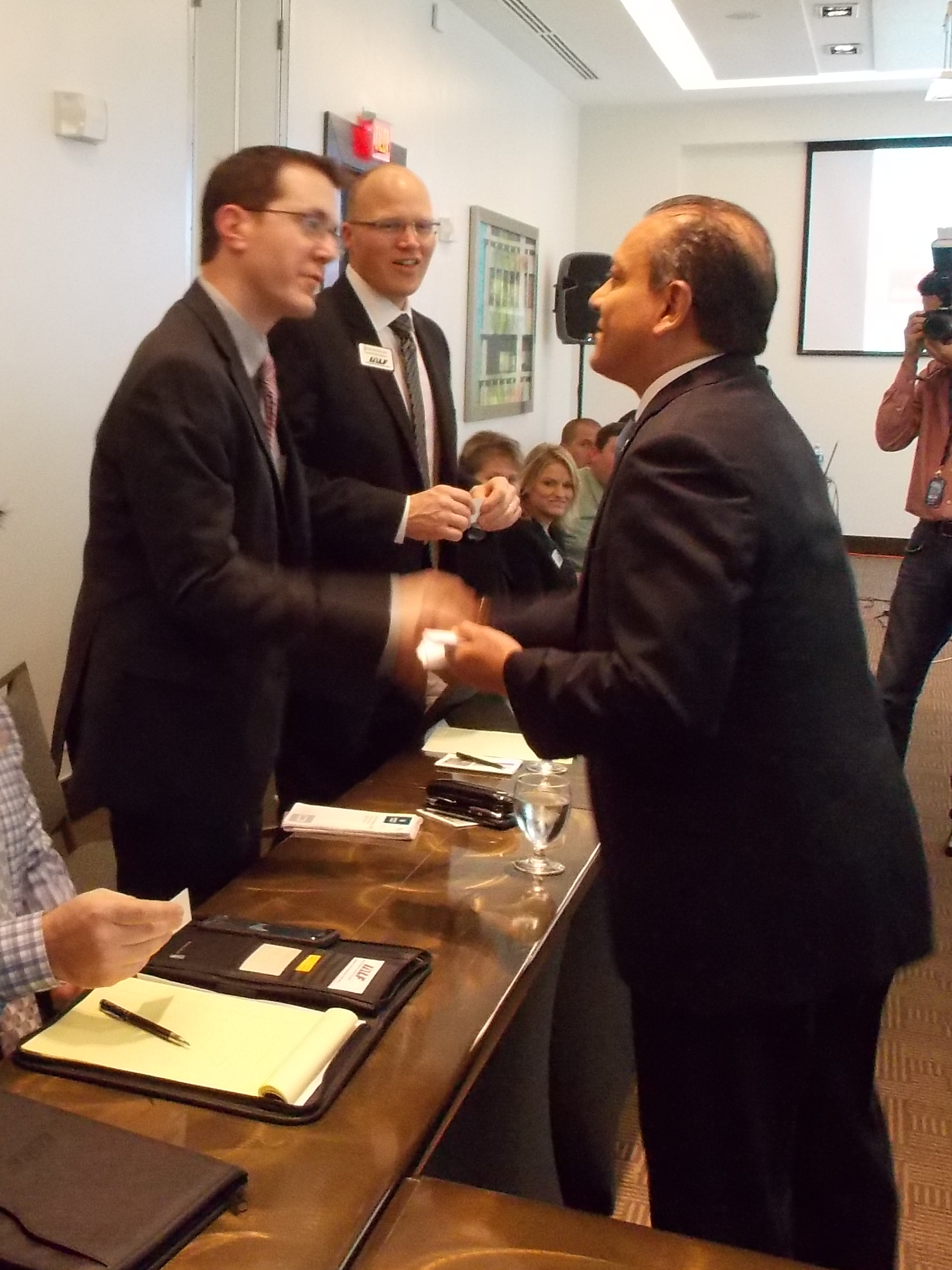 We were treated to a speech by Manuel Grimaldo, the Vice Minister of Commerce and Industry. Even through an interpreter we could feel the Vice Minister’s passion for his homeland. He stressed the importance of the TPA and how it would benefit both the U.S. and Panama. He stressed that his door was truly open for us to talk to him about trade with Panama.

Norman Harris, an Advisor with the Panama Trade Negotiations Office, was up next to further talk about the Trade Promotion Agreement. Free trade with Panama will allow both countries to trade with minimal “red tape”. Complete phase-outs of all tariffs and trade quotas would be a positive situation for all involved. 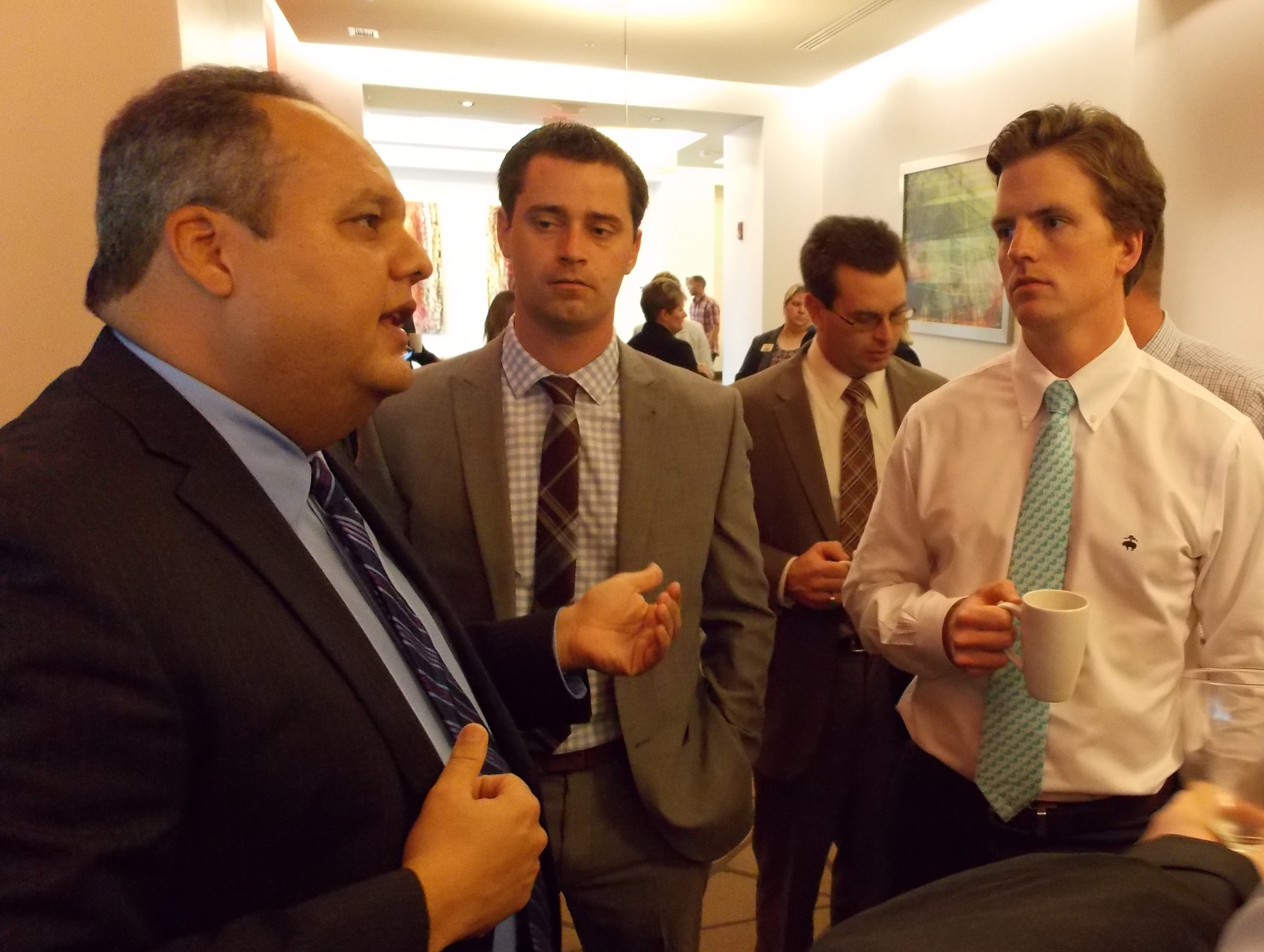 The class also heard from Eduardo Palacios, National Director of Promotion of Exports, who talked about how Panamanian farmers were improving their production. These farmers think they can find a niche in the organic pineapple, papaya, and lemon markets. He also stressed how they are convinced that global climate change is effecting their crops.

After a very busy day, that involved a broken bus, our weary travelers enjoyed a delightful dinner sponsored by the U.S. Grains Council. There we listened to Eduardo Reyes, who once again was quick to describe global climate change as absolute fact. After being in a prolonged drought, the Panama people are convinced that CO2 levels are to blame for their weather woes; the class was respectful but hesitant to accept this as fact.